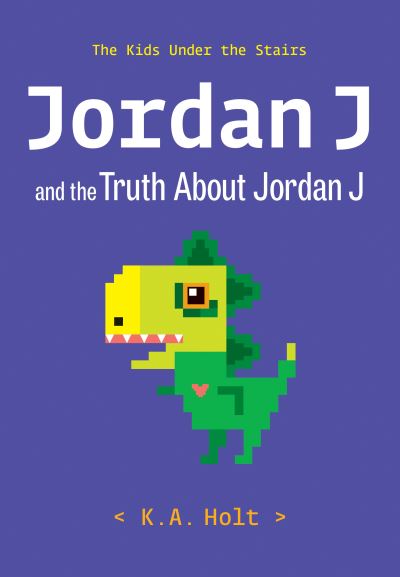 Jordan J and the Truth About Jordan J

This third book in K.A. Holt's The Kids Under the Stairs series will appeal to fans of HOUSE ARREST, RHYME SCHEMER, and KNOCKOUT, in addition to fans of Jason Reynolds's Track series. Jordan J has a lot going on in his brain. Aside from his teacher and his friends, the kids under the stairs, most people don't understand why Jordan says what he says. Sometimes even he doesn't understand himself. It's probably the reason he's managed to earn a personal grudge from the school's dance team, the Hart Rocketeers, who are outraged by his brutally honest dance reviews in the school newspaper. Basically the only thing he can concentrate on these days is auditioning for his favorite dance show, FIERCE ACROSS AMERICA. But with his mom's recent unemployment and money being so tight at home, his dreams are crashing. Suddenly, an opportunity arises in the form of Casey Price, the only Rocketeer who doesn't hate his guts. With her help, Jordan J just might have a chance to showcase his electric moves on national TV. But as he starts spending more time with Casey and less with his old friends, Jordan J begins to wonder how he can ever make everyone happy-including himself. With a lovable cast of characters, never-before-seen dance moves, and bighearted passion, this heartwarming, laugh-out-loud novel-in-verse tells an honest, authentic story about friendship, dance, and self-confidence that celebrates different types of intelligence and shows how every kid deserves to become their own "divergent" self.