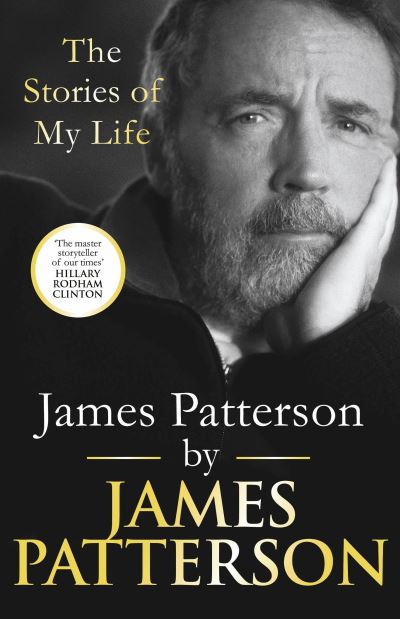 'The master storyteller of our times' Hillary Rodham Clinton 'The whole story of his truly astonishing life' Bob Woodward 'The book was damn near addictive. I loved it' Ron Howard 'At times his poignant narrative will bring you to tears' Patricia Cornwell 'A compelling account of the life events that shaped an extraordinary man' Nicholas Sparks 'So much content and inspiration from one of the world's most successful authors' Sir David Jason 'This is a poignant, funny and inspiring account of a phenomenally successful career from a master storyteller' Jake Humphrey ______________________________ HIS BEST STORIES ARE THE STORIES OF HIS LIFE · His father grew up in a New York poorhouse called the 'Pogie'. · He worked at a psychiatric hospital where he met the singer James Taylor and the poet Robert Lowell. Both were patients. · He was at Woodstock and was also an usher at the Fillmore East. · He was CEO of advertising agency J. Walter Thompson North America when he was thirty-seven. He wrote the ad jingle, 'I'm a Toys 'R' Us Kid'. · He once watched Norman Mailer and James Baldwin square off to fight. · He's played golf with three US presidents and has nine holes-in-one. · Dolly Parton sang Happy Birthday to him over the phone. She calls him Jimmy James. James says, 'I always wanted to write the kind of novel that is read and re-read so many times the binding breaks, and the book literally falls apart, pages scattered in the wind. I'm still working on that one.' ______________________________ More praise for The Stories of My Life 'A masterpiece of storytelling! Funny, poignant, brutally honest' Admiral Willam H. McRaven 'Will delight fans, and even non-fans, of America's storied storyteller' Ben Bradlee Jr. 'James Patterson makes his own life as addictively enjoyable as his novels' Nadine Dorries 'Jim Patterson's life is a thriller itself . . . This book is a pure joy to read' Stephen A. Schwarzman 'Always entertaining . . . You will enjoy the read' Phil Knight 'James Patterson's first rule of storytelling is "be there". And that's the genius of his autobiography' Mike Lupica 'Anyone who has ever started a James Patterson thriller knows how damned difficult it is to put down. And the same is true of this vivid, invigorating memoir' Daily Mail