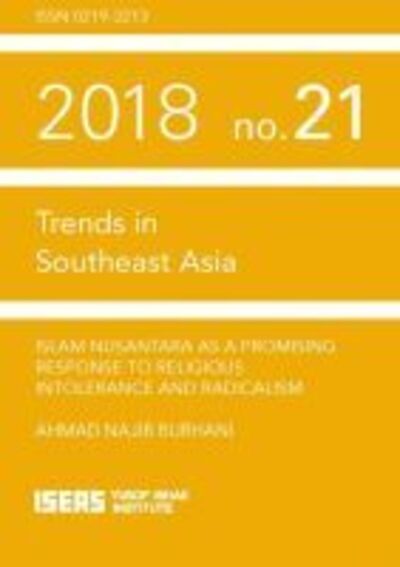 Islam Nusantara As a Promising Response To Religious Intoler

The Indonesian government has tried to defeat terrorist groups and uproot radicalism, both through military and cultural-ideological approaches. The recent attack at Mako Brimob Depok, West Java, and the bombing in Surabaya, East Java, however, have shown that radical Islam and terrorist groups are not defeated yet. Killing terrorists does not always mean killing terrorism. It could even have the opposite impact, i.e., strengthening and fertilizing the radical ideology. The government, being aware of this, has been supporting Nahdlatul Ulama (NU) in promoting Islam Nusantara, widely believed to be the ideological antidote for radicalism and terrorism. Proponents of Islam Nusantara believe that radical ideology contradicts the character traits of Islam Nusantara, i.e., peaceful, smiling, tolerant, moderate, and accommodative to culture. Radicalism and intolerance are commonly seen in NU circles as being disseminated by transnational movements such as Hizbut Tahrir and Salafi-Wahhabi groups. Though not terrorist groups, they do teach intolerant and exclusive religiosity which provides a breeding ground for terrorism. Among Indonesian Muslims, including NU, Islam Nusantara has received varied responses and been met by resistance. The emergence of NU Garis Lurus and the concerted efforts to debunk Islam Nusantara by some preachers are among the forms of activities that seek to undermine Islam Nusantara. The introduction of Islam Nusantara is further hampered by the attitude of some of its proponents who emphasize its exclusivity by identifying Islam Nusantara only with NU. Barring its current limits, Islam Nusantara has the potential to become an exceptional form of Islam or a template for tolerant Islam that can be emulated by Muslims in other parts of the world, especially in terms of its ability to accommodate local culture and multiculturalism.