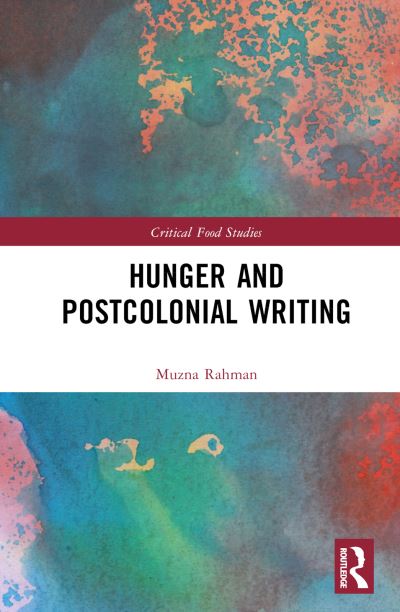 Hunger and Postcolonial Writing explores contemporary postcolonial fiction and life-writing from various geo-political contexts. The focus of this work is hunger; individuated in the self-imposed starvation of the hunger protester, and on a mass scale in the form of famine and food insecurity. It considers the hungry colonial and postcolonial body, examines its textual forms and historical trajectories, and situates it within the food security context of imperialism and its legacies. This book is the first monograph-length study of hunger within a postcolonial/world literary context. Its transcolonial focus produces comparative readings across postcolonial writings, facilitating productive analyses of the operations of imperialism and its aftereffects across heterogenous zones of colonialism. This project reads hunger as defined by the social, cultural, historical, and economic engagements produced by colonial and postcolonial encounters. Examining the starving colonialized body through Cartesian models of somatic subjectivity, and considering how this body is mediated by post-Enlightenment discourses of Modernity and progress, this work interrogates the contradictions produced by the starving colonial body as it is positioned between the possibility of radical protest and prescriptive colonial discourse. This book will be of interest to Gastrocritical and Postcolonial scholars and students, and to Food scholars more broadly.