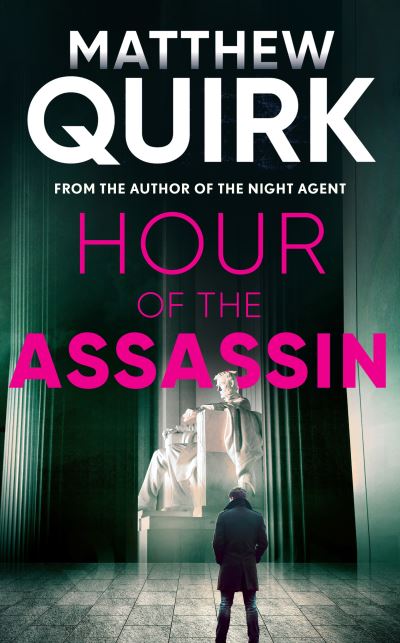 Hour of the Assassin

Former Secret Service agent, Nick Averose, must expose a dark conspiracy in this electrifying thriller from New York Times bestselling author Matthew Quirk. 'Opens with a bang and keeps exploding for three hundred pages' DAVID BALDACCI His job is to protect them. As a secret service agent, Nick Averose spent a decade guarding the most powerful people in the US. Now, he's a mock killer, testing the security around the highest officials to find vulnerabilities, before America's enemies can. But now someone's out to get him. Nick's latest assignment leads him to the home of a former CIA director. But when he breaches the director's study, Nick is entangled in a vicious crime. One that will shake Washington to its foundations. He's the perfect scapegoat. Nick needs to find out who is framing him for the crime and why. If he can't uncover the truth, a dark conspiracy will consume him and everyone else within the Oval Office... Praise for Matthew Quirk: 'Breathless stay-up-late suspense' Lee Child 'A plot that twists like a cobra in a sack, a whip-crack pace and engaging characters' Financial Times 'David Baldacci territory, but done with a refreshing vigour by Quirk who is making a name for himself as a thriller writer to watch' Daily Mail 'Quirk has earned his spot in the front ranks of thriller writers' David Baldacci 'Quirk moves into John Grisham territory with The Night Agent , a paranoid, pulse-pounding thriller that could not be more prescient' Joseph Finder 'A captivating narrative that takes us inside the White House's inner sanctum and the shadowy machinations surrounding it. A powerful and taut thriller' Mark Greaney 'This story is impossible to put out of mind... Relevant and revealing, this is one of the best thrillers to come along in years' Michael Connelly 'Strap in for one hell of a ride. The Night Agent is full of twists and surprises you'll never see coming' Ben Coes