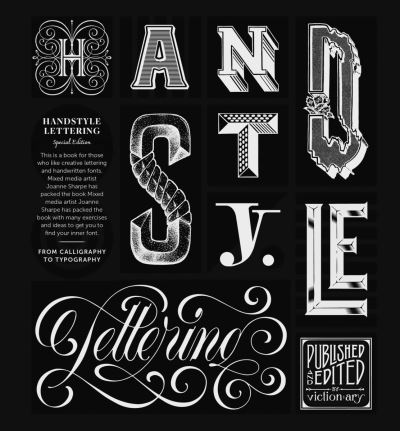 For some time in the distant past, hand-lettering used to be a highly-regarded skill to master and was ubiquitous via publications and public signages. Although society relies heavily on keyboards and screens for communication today, a growing number of creative practitioners have been busy reviving the seemingly-lost art in recent years, in a bid to return the sincerity and warmth of the human touch to our predominantly digital lives. Brimming with character, hand-lettering serves as the bridge between old-school calligraphy and modern typography to bring nuance back into an age of uniformity. As an update of the original release in 2017, the 'Handstyle Lettering' 2021 edition rereleased in conjunction with Victionary's 20th anniversary is a delightful showcase of artwork from around the world that are anything but unvaried. With an additional selection of new projects, the book also features insightful interviews from the best calligraphers as well as an expanded, beginner-friendly guide/practice area.