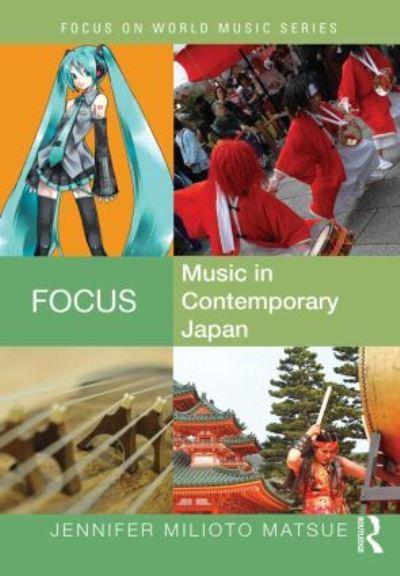 Focus: Music in Contemporary Japan explores a diversity of musics performed in Japan today, ranging from folk song to classical music, the songs of geisha to the screaming of underground rock, with a specific look at the increasingly popular world of taiko (ensemble drumming). Discussion of contemporary musical practice is situated within broader frames of musical and sociopolitical history, processes of globalization and cosmopolitanism, and the continued search for Japanese identity through artistic expression. It explores how the Japanese have long negotiated cultural identity through musical practice in three parts: Part I, "Japanese Music and Culture," provides an overview of the key characteristics of Japanese culture that inform musical performance, such as the attitude towards the natural environment, changes in ruling powers, dominant religious forms, and historical processes of cultural exchange. Part II, "Sounding Japan," describes the elements that distinguish traditional Japanese music and then explores how music has changed in the modern era under the influence of Western music and ideology. Part III, "Focusing In: Identity, Meaning and Japanese Drumming in Kyoto," is based on fieldwork with musicians and explores the position of Japanese drumming within Kyoto. It focuses on four case studies that paint a vivid picture of each respective site, the music that is practiced, and the pedagogy and creative processes of each group. The downloadable resources include examples of Japanese music that illustrate specific elements and key genres introduced in the text. A companion website includes additional audio-visual sources discussed in detail in the text. Jennifer Milioto Matsue is an Associate Professor at Union College and specializes in modern Japanese music and culture.