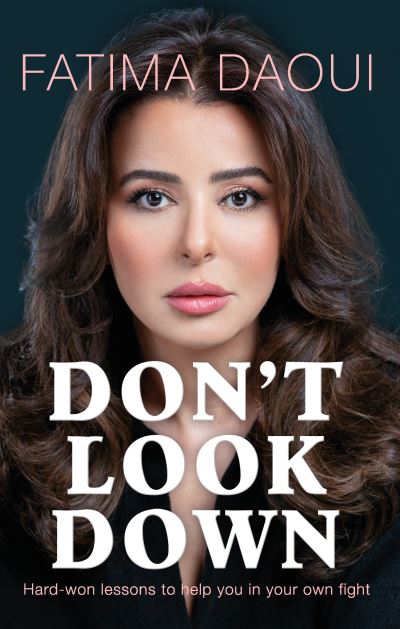 Al Arabiya News anchor Fatima Daoui is one of the most recognisable faces in the Middle East, but she didn't make it to the top alone. Having been supported by other women throughout her life, Fatima has written this book for the next generation of female leaders in media with the goal of helping them to win their own fight for a place at the top while staying true to themselves. "I wrote Don't Look Down for the bold, unconventional, ambitious woman who wants a career she loves and is willing to roll up her sleeves and knuckle down to get there. I spent years fighting for what I have today and that fight was not for nothing. I've reached heights I never dreamed possible and now I'm here with this book to help you to do the same" ? Fatima