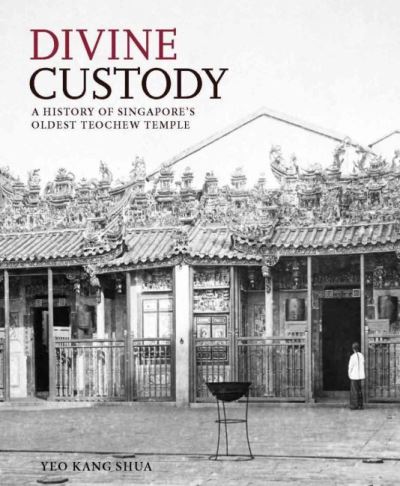 An architectural and historical study of Singapore's oldest Teochew Temple. At the turn of the nineteenth century, Teochew-speaking gambier and pepper farmers settled in Singapore. Surrounded by the skyscrapers of Singapore's central business district, Wak Hai Cheng Bio temple traces its history back to the earliest days of the colony. While no written sources or inscriptions commemorate the founding of the temple, Yeo Kang Shua's book delves into the history of the temple's foundation, encountering a rich history along the way. Poetic and commemorative, Yeo attends to the testimony of the building itself-the location, materials, ornamentation, and artwork that charge the space with meaning. Divine Custody tells the story of a temple that formed and was formed by its community. Of interest to heritage studies and those seeking to understand the experience of Chinese communities in Southeast Asia, this book is exemplary in the way it uses material culture and architectural history as historical sources.