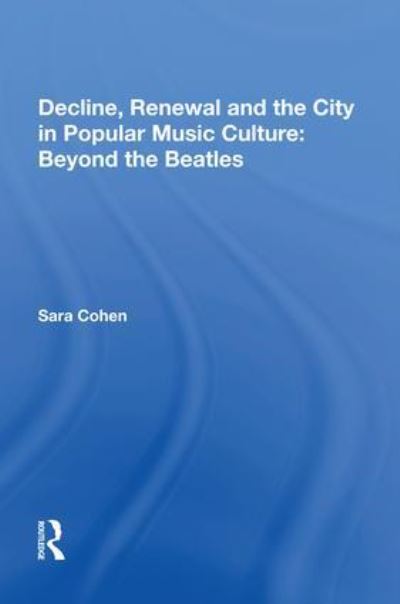 Decline, Renewal and the City in Popular Music Culture

How is popular music culture connected with the life, image, and identity of a city? How, for example, did the Beatles emerge in Liverpool, how did they come to be categorized as part of Liverpool culture and identity and used to develop and promote the city, and how have connections between the Beatles and Liverpool been forged and contested? This book explores the relationship between popular music and the city using Liverpool as a case study. Firstly, it examines the impact of social and economic change within that city on its popular music culture, focusing on de-industrialization and economic restructuring during the 1980s and 1990s. Secondly, and in turn, it considers the specificity of popular music culture and the many diverse ways in which it influences city life and informs the way that the city is thought about, valued and experienced. Cohen highlights popular music's unique role and significance in the making of cities, and illustrates how de-industrialization encouraged efforts to connect popular music to the city, to categorize, claim and promote it as local culture, and harness and mobilize it as a local resource. In doing so, she adopts an approach that recognizes music as a social and symbolic practice encompassing a diversity of roles and characteristics: music as a culture or way of life distinguished by social and ideological conventions; music as sound; speech and discourse about music; and music as a commodity and industry.