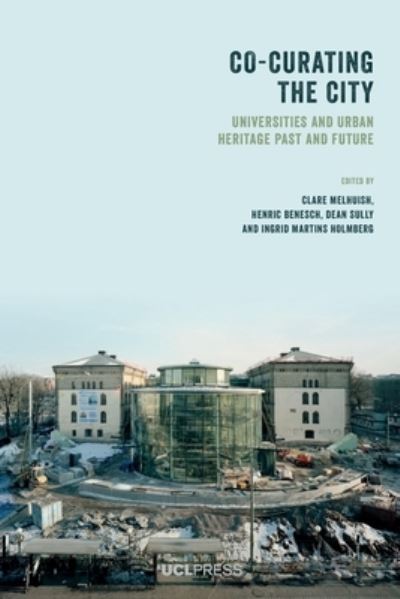 Co-curating the City explores the role of universities in the construction and mobilisation of heritage discourses in urban development and regeneration processes, with a focus on six case study sites: University of Gothenburg (Sweden), UCL East (London), University of Lund (Sweden). Roma Tre university (Rome), American University of Beirut, and Federal University of São Paulo, Brazil. The aim of the book is to expand the field of critical heritage studies in the urban domain, by examining the role of institutional actors both in the construction of urban heritage discourses, and in how those discourses influence urban planning decisions or become instrumentalised as mechanisms for urban regeneration. It proposes that universities engage in these processes in a number of ways: as producers of urban knowledge that is mobilised to intervene in planning processes; as producers of heritage practices that are implemented in development contexts in the urban realm; and as developers engaged in campus construction projects that both reference heritage discourses as a mechanism for promoting support and approval by planners and the public, and capitalise on heritage assets as a resource. The book highlights the participatory processes through which universities are positioning themselves as significant institutions in the development of urban heritage narratives. The case studies investigate how universities, as mixed communities of interest dispersed across buildings and urban sites, engage in strategies of engagement with local people and neighbourhoods, and ask how this may be contributing to a re-shaping of ideas, narratives, and lived experience of urban heritage in which universities have a distinctive agency. The authors cross disciplinary and cultural boundaries, and bridge academia and practice.