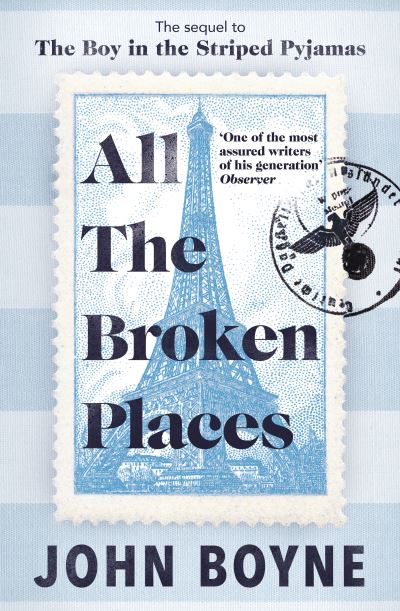 All The Broken Places TPB

When is a monster's child culpable? Guilt and complicity are multifaceted. John Boyne is a maestro of historical fiction. You can't prepare yourself for the magnitude and emotional impact of this powerful novel' John Irving 'Exceptional, layered and compelling...This books moves like a freight train, with force and consequence for the reader' Amy Bloom From the author of the globally bestselling, multi-million-copy classic, The Boy in the Striped Pyjamas, comes its astonishing and powerful sequel. Ninety-one-year-old Gretel Fernsby has lived in the same mansion block in London for decades. She leads a comfortable, quiet life, despite her dark and disturbing past. She doesn't talk about her escape from Germany over seventy years before. She doesn't talk about the post-war years in France with her mother. Most of all, she doesn't talk about her father, the commandant of one of the most notorious Nazi concentration camps. Then, a young family moves into the apartment below her. In spite of herself, Gretel can't help but begin a friendship with the little boy, Henry, though his presence brings back memories she would rather forget. One night, she witnesses a violent argument between Henry's mother and his domineering father, one that threatens Gretel's hard-won, self-contained existence. Gretel is faced with a chance to expiate her guilt, grief and remorse and act to save a young boy - for the second time in her life. But to do so, she will be forced to reveal her true identity to the world. Will she make a different choice this time, whatever the cost to herself? All the Broken Places is a devastating, beautiful story about a woman who must confront the sins of her past and a present in which it is never too late for bravery.