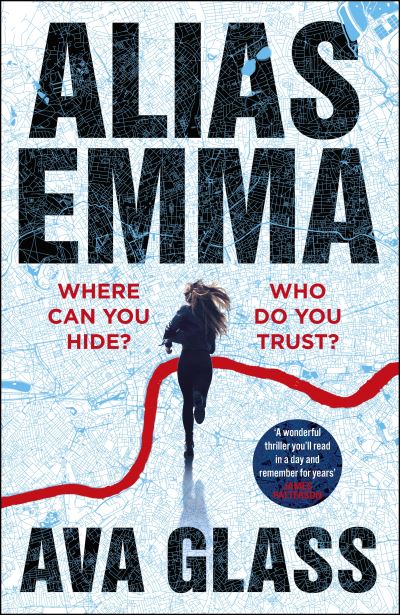 In a city full of cameras ... where can you hide? KILLING EVE meets JAMES BOND in this page-turning, heart-pounding thriller . . . 'Alias Emma by is one of those wonderful thrillers that you read in a day and know you'll remember for years.' JAMES PATTERSON 'Non-stop adventure with all the action taking place within a 24-hour period. Tremendous fun.' ANTHONY HOROWITZ 'A thrilling read ... I could not have loved it more!' LISA JEWELL 'Totally addictive ... Once you start reading, you won't stop.' LISA GARDNER 'Thriller with a capital T.' JONATHAN KELLERMAN 'The race to the finish line is more than enough to fuel a great thriller, but this one also gives us a superb, multidimensional protagonist whom readers will be eager to follow anywhere.' STARRED BOOKLIST _____________ Emma Makepeace is about to have the longest night of her life. She's on her first major operation with a shadowy government organisation known only as 'the Agency', assigned to track down and save an innocent man wanted by the Russian government. All Emma has to do is bring him in to MI6 before sunrise, and before an assassination team gets to him first. But the Russians have hacked the city's CCTV cameras. There are spies all over London searching for the two of them. And her target, Michael Primalov, doesn't want to be rescued. As London sleeps, a battle is taking place on its streets as Emma fights to keep Michael alive. But what sort of reception awaits them if and when they get to MI6? And why do the Russians seem to be ahead of them every step of the way? KILLING EVE meets JAMES BOND in the first novel of the ALIAS EMMA series: a thrilling, cinematic page-turner starring the most likeable and resourceful of heroines. _____________ More love for Alias Emma . . . 'A high-octane, warp-speed thriller' Guardian 'A fast moving narrative that explores some of London's most intriguing byways' Literary Review 'Excellent escapism.' Ruth Ware 'There are fast reads, and then there are reads that throw you right out of your chair. Alias Emma is in the latter category.' Linwood Barclay 'Superb ... Intense, cinematic action propels this terrific old-fashioned thriller neatly brought up to date. Glass is off to an impressive start.' Publishers Weekly 'The pace never lets up' Robert Gold, Twelve Secrets 'It blew me away' Cristina Alger, The Banker's Wife 'Move over, James Bond - there's a new hero in town' Karen Cleveland, Need to Know 'An enthralling, unputdownable read' Elizabeth Kay, Seven Lies 'I raced through this taut, nail-biting, twisty spy thriller' Robin Morgan Bentley, The Wreckage 'A not-to-be-missed thriller!' Kathryn Croft, The Warning and The Lying Wife